4 Key Areas to Focus On as an Engaged Couple

4 Key Areas to Focus On as an Engaged Couple 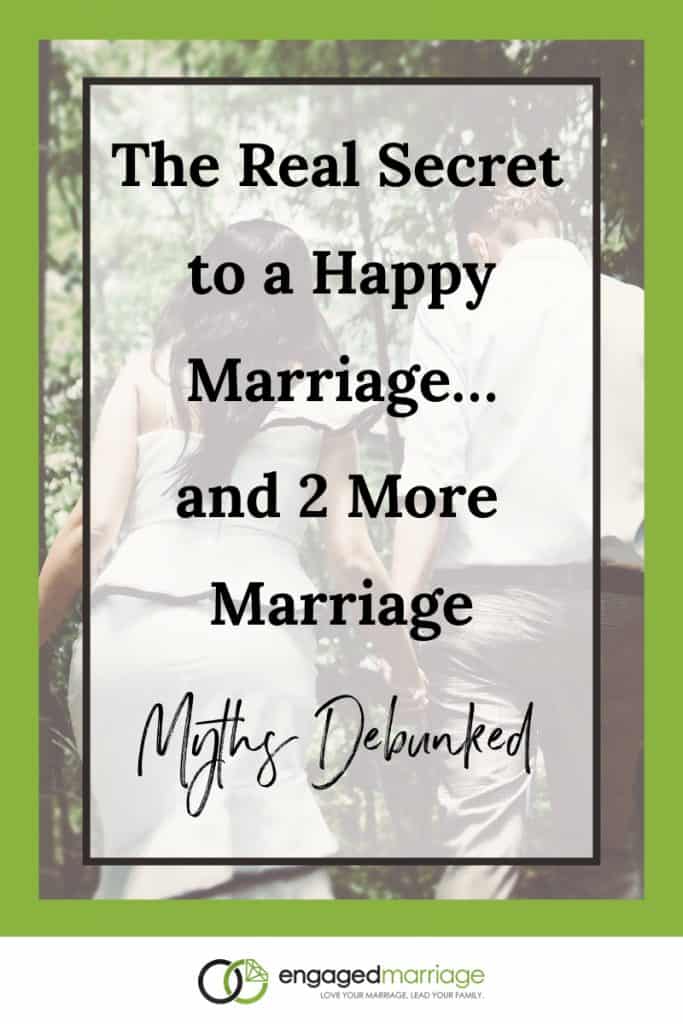 From the minute a couple gets engaged (and sometimes before), they start hearing marriage myths.

Well-meaning or not, people often give advice that simply isn’t true — whether because of their own experience or because of what others have said to them.

But for couples that are trying to make sense of it all, the conflicting counsel can be confusing.

So with that in mind, here’s a look at three false marriage clichés.

If someone tells you one of these things is true, think twice before you believe it.

Myth #1 – To Have a Happy Marriage, Live Together First

Conventional wisdom these days says cohabitation is a good idea.

By setting up house before the commitment of marriage, the theory goes, couples have a chance to take a test run on what married life could be like. But research shows that living together could actually be a poor choice in terms of finding ultimate marriage success.

“Living together actually gets in the way of the kind of deliberative and conscious decision-making that the commitment of marriage requires,” according to findings cited at Psychology Today. “Previously cohabitating couples ‘slide’ into marriage in largely unexamined ways, accounting for their greater probability of divorce and weaker communication skills.”

An article at TIME Magazine, on the other hand, suggests it’s not living together that is the problem, but living together too soon and too young. “Economist Evelyn Lehrer (University of Illinois at Chicago) says the longer people wait past 23, the more likely a marriage is to stick.”

In either case, the secret to a happy marriage isn’t cohabitation — so don’t let anyone tell you otherwise.

Myth #2 – Women Are the Ones Who Want Romance

It’s a long-held misconception that women are the only ones who want romance, but research shows 33% more men than women around the world say it bothers them that their significant other isn’t more romantic, according to Reader’s Digest.

This finding came as the result of more than 80,000 people around the world being interviewed on love, sex, trust and more.

What does this mean for your marriage?

Never assume only one of you cares about being close — just because society portrays men a certain way, that doesn’t mean it’s true in your relationship.

[PSST…If you want an easy way to be romantic to your wife – or your husband! – grab our free Perfect Love Letter Checklist and put it to good use]

Myth #3 – The Secret to a Good Marriage is Luck

A lot of people will say things like marital success is a roll of the dice — you have no way of moving toward or away from a good marriage, but you just take the hand you’re dealt.

In reality though, this isn’t true. Most couples that experience long-term marital bliss will cite commitment and companionship as the crucial factors that keep their marriages working.

They understand that building a solid relationship takes hard work, determination and loyalty.

According to writer David Popenoe at HowStuffWorks.com, “the happiest couples are friends who share lives and are compatible in interests and values.”

Do the three myths listed above sound familiar to you?

Have you heard conventional advice like this and wondered if it were true?

When it comes to marriage, remember not to believe everything you’re told. Every couple is unique, so what’s true for one couple may not be true for another.

But more importantly, just because people are saying something, that doesn’t mean it’s worth taking to heart.

BONUS TIP from Dustin – There’s a Myth #4 that we hear way too often, too.  It’s the idea that “good couples don’t fight” and I can only laugh at that idea.

All couples have disagreements, but the happiest know how to “fight” constructively and stop the escalation of tempers before someone gets hurt emotionally.

I highly recommend you grab this free resource from our friends at ONE Extraordinary Marriage to stop your next argument in its tracks.

It’s so simple and so effective.

John and Wendy who both have Masters degrees in Clinical Counseling run a crisis marriage counseling practice, Marriage Rescue Associates, and have years of experience dealing with married couples.

They offer everything from counseling to marriage retreats, which attributes to their 90% success rate.