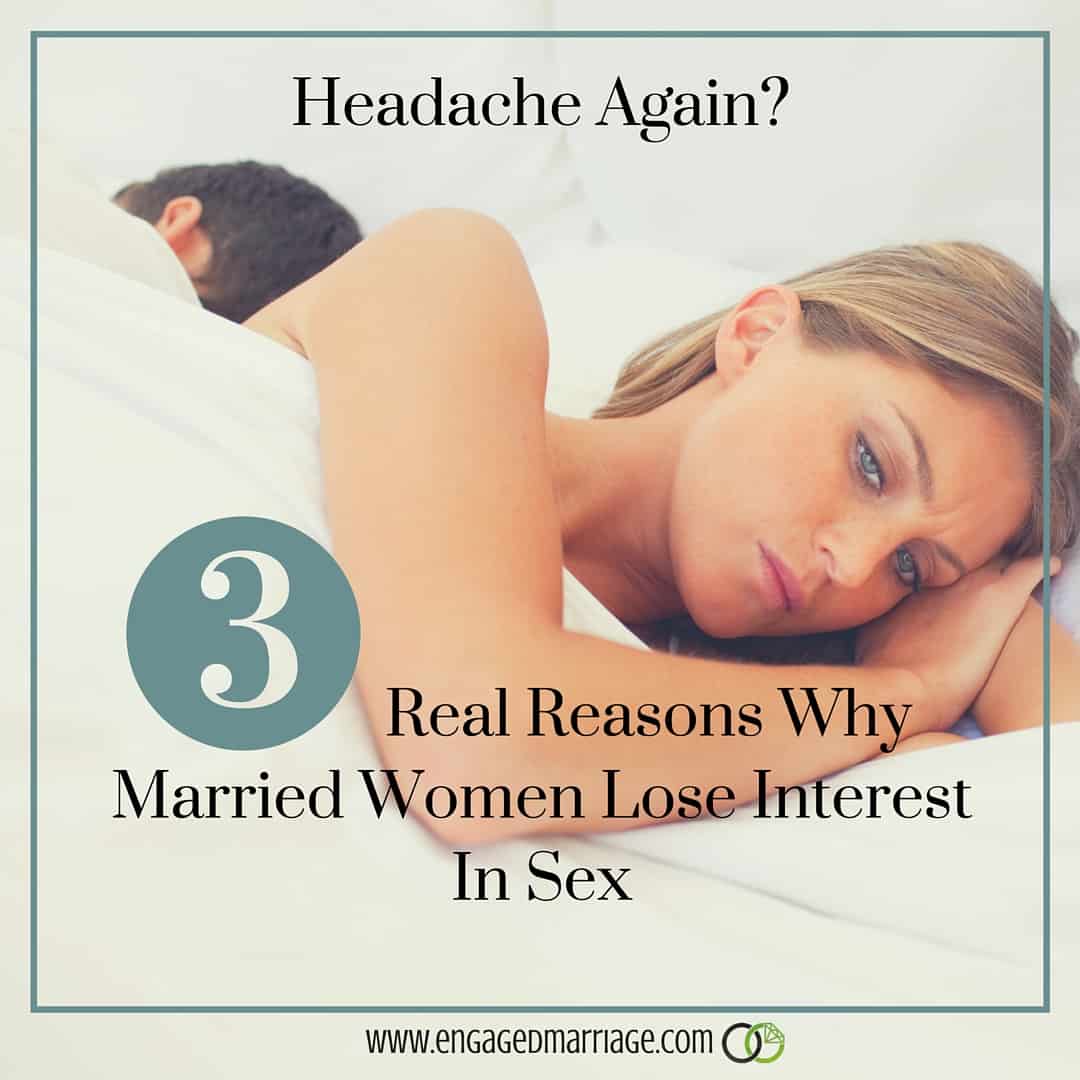 Has earth shaking, bed breaking sex  turned into a Saturday night snooze fest, or a quickie between taking the dog to the vet and picking the children up from school?

Even though sex is an absolutely critical part of a healthy and happy marriage, many women are losing interest in intimacy with their husbands.

Why does it happen even in the happiest of marriages?

When women lose interest in their husband, it’s not typically because of the things he might think (change in appearance, etc). After conducting personal research and reading many letters from people around the world, three problems seem to remain common. Women said their waning interest in sex was related to the low overall satisfaction in life, institutionalizing the relationship, and being de-sexualized.

So if these are the reasons why wives lose interest in their hubsands, we need to ask: what does all this mean, and how can we change it?

The reason women lose their libido is often unrelated to relationship issues.

Women can be very happy with their spouse, but not so much with their lives in general. They regularly feel stressed, overloaded with work, and simply bored with their predictable life as a married woman.

Many women don’t realize that this general unhappiness and boredom is the reason behind their libido being so low. A boring sex life is just a part of overall life routine.

Many females admit that there was a lot of desire when they were dating. They were upset when the “honeymoon” was over and regular life problems occurred, moving away the excitement. With both partners working outside of the house, it is no surprise that marital sex has suffered. After working all day, there is little time to do anything else but eat and sleep.

Most women don’t have enough time, and sex becomes not one of their top priorities. What’s more, married women have a hard time with the two different, yet demanding roles that are expected from them.

Going from mommy to vixen is quite difficult. Women of young children often feel over-touched or on a sensory overload and therefore, the idea of her husband wanting to touch her later that night is totally rejected.

When was the last time you dated your spouse?

I don’t mean spending time watching TV with her, but really DATE your partner.  Put a thrill of excitement into your relationship by doing something unusual with your wife. Make sure that someone is taking care of your kids, so she can relax and spend quality time with you.

Take her for a diner or a short trip out of town, so she can remind herself of the old sweet times when you will still dating. Let her forget about everyday issues and rediscover your passion.

At some point marital sex is too socially sanctioned, sanitized, and women are absolutely tired of the same old routine.

Since they have been married, wives know exactly how their husband is going to touch them, they know how much their spouses love them and they are not embarrassed to take their clothes off. There’s a comfort there that is important to people which is a crucial part of any happy marriage. On the other hand, this lack of adventurousness is followed by a diminishing of desire.

Biologically speaking, desire is fueled by the neurotransmitter dopamine. Dopamine levels rise in response to anticipation and excitement.

Knowing what comes next, the brain and other essential body parts say “why bother?” and the level of excitement isn’t there. The women miss the early days of dating with its flirting and uncertainty, which brought a lot of happiness. Stagnant romance and sex is a buzz kill.

Spice up your sex life with new positions, different places to make love, and mastering foreplay. It’s also helpful to take better care of yourself.

When was the last time you went to a gym? I’m sure your wife loves you as you are, but surely you will appear more irresistible to her if you take better care of your body.

Female desire is somewhat complicated; they want something more than just intimacy. They want to feel needed and wanted.

If more women felt sexually attractive, they might find sex more gratifying and not just another chore that has to be completed. Make sure that your wife knows how much you love her and how beautiful she is. This alone keeps most wives from losing interest in their husbands.

Realistically speaking, marital love does not mean nonstop hot sex. If more people realized that, then perhaps there would not be such an obsession with sex.

I’m a writer that is passionate about psychology. After several relationships and a LOT of dates, I would like to share my honest female perspective about dating with you on my Wingman Magazine. After all, I’m just a hopeless romantic trying to figure it all out.