Getting Married in College

Note: This is a guest post from Marina Salsbury.  I’ve been asked about this topic numerous times and enjoy hearing a fresh take on it.  FYI, I was married right after college graduation, and Bethany was still in college at the time. 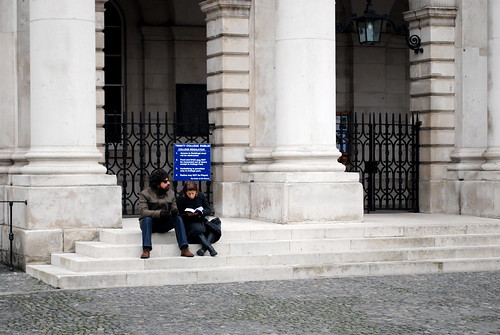 Often couples who date in college want to go ahead and get married while they are still in school, rather than wait until they have graduated and completed their education.

There are many issues to be considered when making this life-changing decision, including how it will effect the couple financially, emotionally and socially.

Marriage in college can change the picture of cramming in the library or working on online college classes in a messy dorm quite a bit.

While there appears to be little agreement among researchers about the ideal age to marry, collegiate couples in their 20s often choose to go ahead and begin their marriages, even if they are still in school.

Each decade in life has certain developmental goals to be reached.

During the 20s, which is when the majority of people attend college, people begin to live as independent adults away from the structure of family and parents. This is a time when people start to explore their own senses of value, make plans and goals for themselves, and explore what they want to accomplish in life.

It isn’t uncommon for college students to change the focus of their studies several times during their college careers simply because their interests change and they discover something they hadn’t considered as a career option.

Young adulthood has also traditionally been a time when couples would come together, get married, and then start a family. Couples in the 1940s were married in their early 20s, but today it’s not uncommon for couples to be several years older before considering marriage: on average they are 25 years old for females and 28 for males.

This time of life is also prime childbearing age for women and often this is a driving factor for couples to get married in their 20s. If having children is a primary goal in life, many couples want to have children when their bodies are most ready and able to handle the rigors of pregnancy and parenthood.

When couples are considering getting married while still in college, one of the major factors to think about is the financial impact it will have for them. Many students are dependent on their families and parents for financial support in order to attend college.

One of the questions to ask parents is whether or not they will continue their financial support if a couple gets married. The answer to this question can have a major impact on whether or not it will even be possible for both members of the couple to continue with their studies after they get married.

Another financial issue is what kind of resources the couple will have for living expenses. Not all colleges have living quarters available for married couples. The couple may have to find a way to be able to afford off-campus living, including covering the expenses of rent, utilities, transportation and food (never mind entertainment).

This can be quite a challenge in addition to tuition and other educational expenses.

For some couples, the decision may be to have one member of the couple temporarily stop attending college and work in order to support the other’s continuing educational goals. The risk of taking on this approach to finances is that the partner who stops attending college may find it difficult to return to school once family life is well underway and other responsibilities have been taken on as a married couple.

For college-age couples, getting married can be a boon to social life. If they have numerous friends who are already married or at least in serious relationships, then it’s easy to have lots of support in living together as married couple.

The fact is married couples tend to spend most of their free time with other couples. Single friends may drift away or feel left out because they don’t share similar experiences or interests. This can be especially true if a couple quickly has children after they’re married.

Having children while married and in college is also a difficult challenge. Juggling parenting duties, classes, and working can be stressful on almost any married couple. As a result, many couples who decide to get married while still in college deliberately choose to delay having children until they are finished with their educations and established in their careers.

Deciding to get married is one of the most major life events. The impact of getting married while in college can be huge, financially, emotionally, and socially, but it’s possible to be happy and fulfilled, even with the stresses that come with being married while trying to attend classes and meet all of your responsibilities.

Ultimately, if it’s what the couple wants, there’s a way to make it work.

Share your story in the comments – did you get married in college?  Why or why not?