The Art of Not Communicating 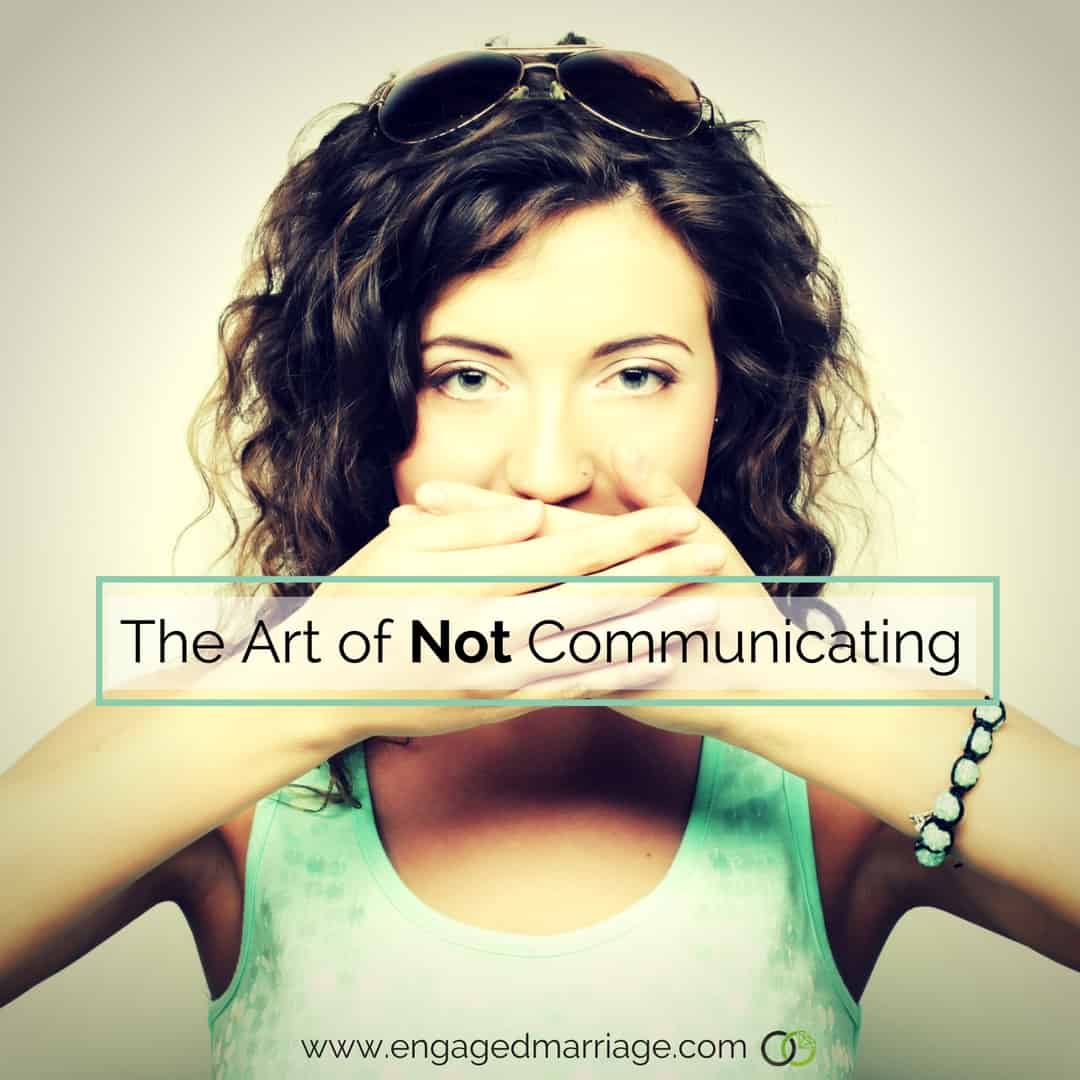 We often hear communication in a marriage is everything, and that is indeed true.

One of the most proactive measures I’ve taken to bring about a more peaceful marriage is to not talk.

Well, less than I used to anyway.

The reason this is important is that men are a largely silent bunch.

They speak far less than women do—research shows women talk some 13,000 words more per day than men!—not because they have nothing of value to offer but because men don’t talk just to talk. They think first about what they have to say and then ‘bottom line’ it.

That’s not how women operate.

Even as adults, a ‘girl’s night out’ is often filled with incessant gabbing. And if we haven’t seen a friend in months and then spend two hours together, we feel like we haven’t said squat. “We have to get together again,” we implore. “That wasn’t enough time!”

If you’re female, this will sound very familiar. A man won’t identify with this at all—although he may recognize it from his experience with sisters, wives and girlfriends. Women talk.

I once went to a ballgame with my husband and another couple. From the moment the other wife and I sat down, she and I turned toward one another and began talking. Half way through the game, we were still talking—and still facing one another.

The man behind us finally leaned over and asked what in the world two people could find to talk about for that long, especially in the middle of a baseball game! The truth is, we didn’t even know who our home team was playing.

Now I realize that’s an extreme (although 100% true) example, and I’m not suggesting most women don’t like baseball or would be as clueless as I was about who’s playing whom.

I’m simply demonstrating that talking is a largely female activity.

As a female, if I have a thought, I need to get it out. I love to talk! To communicate! To analyze! To dissect!

I could talk all day. I talk even when there’s nothing to say.

But that was not going over well in my marriage.

Men aren’t wired to communicate the way women do. They communicate in a different way, one of which involves—ironically—silence.

There’s a great scene in the movie Aloha when a military contractor named Brian is in his former girlfriend Tracy’s kitchen. Tracy is now married to Woody, an Air Force recruit who doesn’t talk much. When Woody walks into the kitchen where Brian and Tracy are chatting, he stares at Brian for a really long time. Then he walks over to him, looks directly into Brian’s eyes, and gives him a hug. Then he walks out of the room.

Lamenting her husband’s quiet nature, Tracy says to Brian, “See what I mean?” But Brian tells Tracy she has it all wrong and proceeds to tell Tracy everything he got out of the “conversation” between him and Woody—all based solely on body language.

Your husband is deeply affected by your intonations and facial expressions, as well as by the way you walk. He’ll pick up on your mood before you’ve even opened your mouth. That’s the power you have as a female. Even when you don’t talk, you’re making a statement.

We live in a culture that celebrates the loudest among us. But the advantages of being quiet are manifold.

If you’d like more insights on how to put this into practice (easily), be sure to grab this free communication strategy from Engaged Marriage.

So on that note, I have an experiment for you.

For one week, decide to keep your feelings to yourself. Every time you want to say something, zip your lip and think first: Do I need to say this? Weigh the pros and cons first.

Then, when you do speak, do so carefully and purposefully as opposed to just talking every emotion you have in order to release your frustrations. (You can call or text your friend for that.) After you’ve been quieter than usual for a week, watch your husband start to be more receptive.

Watch him instigate conversations with you.

Her newest book, The Alpha Female’s Guide to Men & Marriage: HOW LOVE WORKS, will be published February 2017.

You can find her at www.suzannevenker.com.