Protect Your Marriage by Protecting Your Finances

“We know how much money you have.”

“We know how much money you have.”

10 Occasions to wear your Walk Away Shoes

10 Occasions to wear your Walk Away Shoes 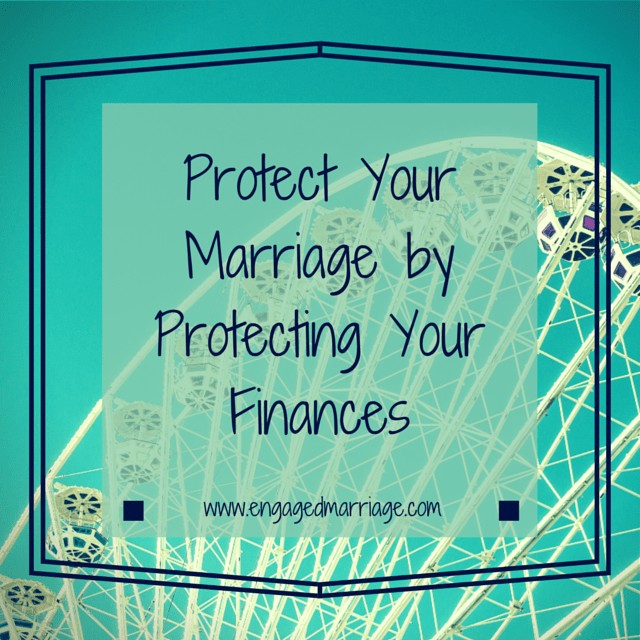 The Bible tells us that the love of money is the root of all kinds of evil.

But experience tells us that the lack of money is at the root of all kinds of marriage problems. A survey of Certified Divorce Financial Analyst® (CDFA™) professionals revealed finances to be the third leading cause of divorce, trailing only behind basic incompatibility and infidelity.

Other lists put it at #4. It is always in the top ten.

When you examine the lists more closely, you can see it all over the top ten lists. It appears disguised as other things.

Consider basic incompatibility. Finances are one of the main areas where couples find themselves incompatible.

The challenge is keeping your marriage from becoming one of the data points for one of those lists. It is abundantly clear that if you do not deal with your financial issues before you get married, you will be working through them after you’re not.

Here are some ways to keep money from parting you asunder:

Assuming you haven’t yet tied the knot, it is not too late to make financial stability the priority it needs to be.

In modern times in a free country, no one would willingly marry without love as a precondition. Sobriety may be another precondition. If it’s not, it should be. Stable finances should be in that conversation as well.

That is not to say that you should use credit scores as a basis of marriage. But those scores should be known to both parties, and a part of the conversation. A low credit score may indicate bad luck, or irresponsibility. Either way, it is a sign of financial instability.

Why not wait until those issues are resolved before getting married? You are going to need good credit. While those issues are being resolved, you will have time to determine if there is an underlying matter of financial irresponsibility.

Let that be a deal-breaker before, rather than after the marriage.

Health insurance seems like an obvious place to start. You fell in love with someone you consider strong, beautiful, and talented. Both you and your spouse are smart and nicely employed.

What could possibly go wrong? How about a tumble down the stairs while carrying the groceries, or an auto accident, or a brain tumor? What could go wrong? Everything! Lost health means lost work, means lost income.

Slightly less obvious is insuring your stuff. Just starting out, you might decide to rent instead of own. You might also be under the delusion that you do not have much by way of possession. But seldom is the time when this is actually true.

You may even have to pay the medical bills of anyone injured while in your rented space. If everything is not insured, then anything can be a financial time bomb set to go off in your marriage at any time.

A savings account is a type of insurance. It is a hedge against the unforeseen.

Marriage is fragile. Some percentage of divorce is inevitable. But it is tragic to have your marriage survive infidelity, shifting priorities, and boredom, only to be torpedoed by finances.

That is one tragedy that can be avoided.

This post was contributed by guest writer Christine Michaels.