Marriage And Money: How To Improve Communication And Minimize Money Fights

Marriage And Money: How To Improve Communication And Minimize Money Fights 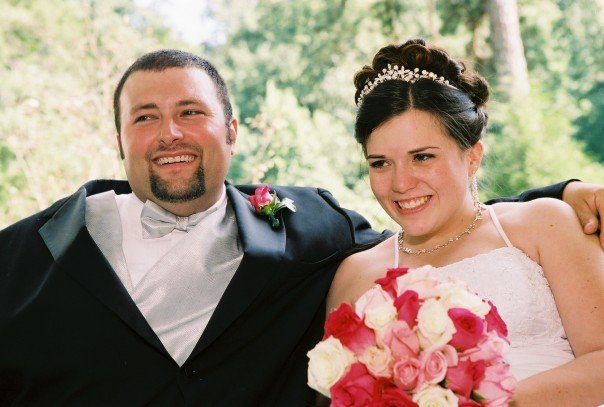 Editor’s Note: This is a guest post by Brad Chaffee from Enemy of Debt.

Are you married? Do you have an income? If so, then chances are you have experienced an occasional, or NOT so occasional money fight.

I can tell you from experience that they are never fun, and often end with slamming doors and pots and pans embedded in the dry wall. 😉 Since managing money, or the lack of it, is one of the leading causes for divorce, I want to help you deal with the problem at hand.

Don’t get me wrong, eliminating money fights alone won’t save a broken marriage, but it will help you address some major marital issues. Money fights happen for many reasons, but let me share with you some of the reasons my wife and I used to fight about money.

Yep, we used to fight all the time about money. So much in fact, there was a brief period in time when we were out-of-touch and distant from each other. We experienced resentment, anger, frustration, fear, anxiety, insecurity, and embarrassment. No wonder one of the biggest reasons given for the cause of divorce is related to financial issues.

What Did We Do?

We gained control of our money before it ruined us completely! That’s right, we changed the way we handled our money. Sounds too easy doesn’t it?

I wouldn’t go that far because it was no picnic, and it took us some time to get to where we are today. Oh we still argue, after all, we’re human, but believe me when I say our marriage has improved dramatically since we changed our money habits.

Here’s a list of things we did to face our problems head on.

Did All Of Our Problems Just Vanish Overnight?

Not exactly. Even after all this, we still had our issues concerning money, and it took time and some learning on both our parts to iron them out. Most of the problems were directly related to the budgeting process, which takes extreme amounts of patience to work.

Needless to say, we have really improved in the communication department and the honest truth is—we did so because managing our money was MOST of our problem. We just didn’t know it until we started communicating better.

In conclusion, I strongly believe that if you want to improve your marriage, one of the main things you must address is your money. It forces communication, and if it doesn’t, your problem is much deeper than just money.

Something else you should consider is becoming debt free. When your income can be used as a tool to build wealth and security, instead of being used to pay off mountains of debt—life is a lot less stressful, but I digress. I’ll save that one for a future guest post.

Brad Chaffee is the author of Enemy of Debt, and a regular contributor at the Self Reliance Exchange. Brad has become debt free by paying off $26,076.75 in just 20 months!! Learn more about Brad and his mission to rid the world of debt, one post at a time, by subscribing here.

Marriage And Money: How To Improve Communication And Minimize … | marriageproblems

[…] More: Marriage And Money: How To Improve Communication And Minimize … […]

Marriage is a true test of one’s character. Sadly, most people are stubbornly adhering to their old ways and bristled on the prospect of change. Here is where divorce gets convenient. 🙂

Improving the way we handle our finances sure has improved my marriage. Our relationship is easier and less prone to conflict when we have an agreed upon budget at the beginning of the month. Also, being debt free sure reduces the stress and allows us to be much calmer toward one another when discussing money. Great suggestions!
.-= Jeff@MySuperChargedLife´s last blog ..Win a Free iPod nano and Help a Great Charity! =-.

I was just talking with my wife last night about this. Taking the plunge to get out of debt has saved my marriage. It wasn’t until meeting with a financial coach did we finally figure out how to talk about money together. The rest is history, we are closer and are completely open with each now. It’s amazing how a crisis like being in debt has opened up our relationship, who would have thought.

The most important take away from the post: BE A TEAM!!!!
.-= Jeff@DeliverAwayDebt´s last blog ..The Sacrifice of Eliminating Debt =-.

Walter, you are absolutely correct. When people view marriage as a “what’s in it for me?” proposition, their relationship is destined for serious trouble. An extraordinary marriage requires two selfless individuals who are willing to not only die, but live, for one another.

Thanks Jeff! Based on our own experiences, there are few things more “freeing” for a marriage than achieving debt freedom…together.

Thank you (other) Jeff! I totally agree that the teamwork necessary to have success financially can become the glue that really binds together an awesome marriage.

[…] Can Save you From Paycheck Errors Good Financial Cents: What is a Penny Stock Engaged Marriage: Marriage and Money: How to Improve Communication and Minimize Money Fights Darwin’s Finance: Financial Literacy Survey Shows Abysmal Results for […]

[…] Pick: Marriage And Money: How To Improve Communication And Minimize Money Fights was my guest post over at Engaged […]

[…] of Personal Finance.  I was certainly proud that the Marriage and Money post written by Brad Chaffee and featured at Engaged Marriage was awarded an Editor’s Pick at this […]

[…] I Love My Wife Enough to Shop at Wal-Mart – by Dustin over at Engaged Marriage. He really found some interesting pictures to add to this post that will make you laugh, but he does a pretty good job at adding his own touch of humor to this fun post. You can also check out a guest post of mine while you’re there. Marriage And Money: How To Improve Communication And Minimize Money Fights. […]

[…] My Guest Post: How To Improve Communication And Minimize Money Fights […]

You May Be Married, But Are You Truly United? | Engaged Marriage

[…] is one of the leading causes for divorce, and certainly the number one reason for money fights. Money causes money fights? Go […]

[…] a red sweater with the whites, then he flashes his pink socks. Mrs. Mean snaps back that if he worked harder, they could afford new socks. They pretend the character slams are all in good fun, but you can […]

[…] really like the suggestions that Brad offers in Marriage And Money: How To Improve Communication And Minimize Money Fights.  He’s lived through the worst of creating change in his marriage and lived to tell […]

[…] Money is at the top of the list of issues that married couples argue about.  There are a host of money-related items to disagree about from not having enough money to differences in how to use the money that they have. […]