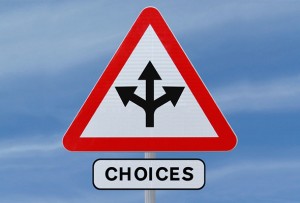 Today, I’d like to cover a topic that one that can be rewarding for the child – and sometimes frustrating for the parent.  That, of course, is giving your children choices.  When they start off in life, we’re obviously making all the decisions for them – what they’ll eat, what they’ll wear, etc.  As they grow and mature, though, we starting letting them make their own choices.

Certainly, at first, those choices are relatively inconsequential – do they want the blue bowl or the red bowl, or what do they want to dip their chicken tenders into – that sort of thing.  Depending on your child’s particular maturity level, you may expand these choices more quickly then other parents.  It’s just one of those things that you have to trust your judgement, as you know your child best.

In our house, that’s something we’ve learned by trial and error.  We started with those easier choices, the things that I gave as examples.  As our oldest has grown, she’s demonstrated in different ways that she’s hit a maturity that’s exceeded her age in many ways (of course, there are other times where we are quickly reminded she’s still rather young).  This led us to opening up her choices in different ways. 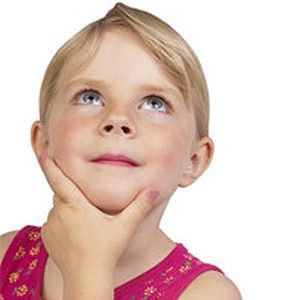 When it comes to things like clothes, many times we’ll let her pick out her own clothing – or even just tell her to go into her room and change out of her pajamas, and then we’ll see what she’s gone with.  On one hand, this teaches her some independence – but it’s also a lesson for us as parents.  In short, we’ve got to be willing to accept what we’re allowing her to choose.  Sure, the combination of colors and patterns may not be what we’d go with, but it’s what she chose – so we let it ride.

On the other hand, we will other times give specific guidelines (say, we’re going to be out in the cooler weather all day) – then she has to work within those guidelines.  Or, if it comes to picking out her clothes for church, we narrow down the focus.  We’ll pick out two or three things, and then she can choose from those.  That way, we know what’s selected is going to be appropriate, and she still gets to make some decisions.

The biggest lesson we’ve had to learn from this is that, if something is being presented as a choice, you have to be willing to stand by her choice.  If you give a few options out, and one of them isn’t something you really want (say, a particular book you don’t enjoy reading), they will invariably settle on that option – and you must stand by it.  Otherwise, you’re presenting your child with a confusing situation, and that won’t lead to happy times.

Decision-making is an exciting time for your child, as they start gaining some independence as they learn to think about things for themselves.  At the same time, you have to be careful to not open things up too quickly.  If you do, your child is likely to be overwhelmed because they’re decision processes aren’t built up yet.  As they strengthen those muscles, though, it can be very rewarding for both parent and child to open up those choices. 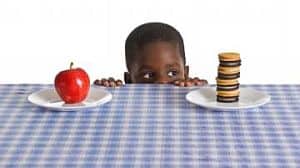 We as parents have to know our children, and when it makes sense to allow our child to make decisions.  Sometimes, it may not be a critical situation, and we can allow them to choose from a wide array of options (for example, what pajamas to wear).  In other situations, we may want to constrain the choices, so that they still have some freedom, but the choice ultimately conforms with what we know to be best for them (for example, what mid-day snack to have).

As with just about everything parent-related, this is a topic where we can get as much advice as possible for a variety of sources, but we won’t really know the correct path to go down until we try it out with our own children.  While it can be frustrating at times, it’s ultimately for the good of our children, so it’s important to figure it out!

I'm just a guy, married to a great woman, learning as I go how to best lead our little family of four. I'm also a bit of a watch guy, as you can see by my articles over on WristWatchReview and aBlogtoWatch.

Great article, I personally believe that it’s so important to allow children to make their own choices from an early age, as far as they can understand that they have a choice like you say – what cereal they want for breakfast and what book they’d like you to read them at bedtime, as this will certainly help them later on in adulthood, it’s certainly worked for me growing up and having choices. Thanks for sharing this.

Really great advice. We’re not yet parents (3 more months), but we clearly need to learn many things for when our little one is in such a situation. We don’t want her to make bad choices, but we still need to let her learn and grow