Don’t Feed the Swans…Or the Haters! 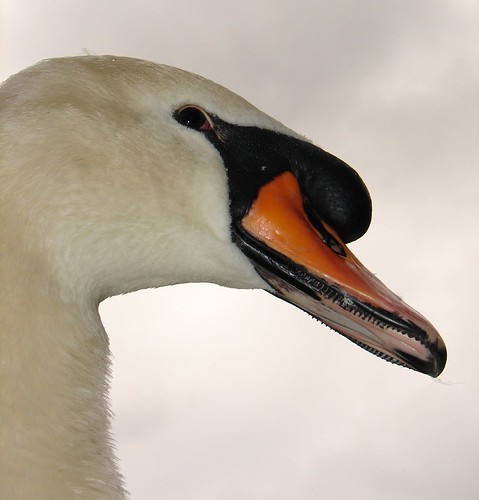 I had two very different experiences last weekend that gave me a very valuable reminder of the importance of good communication.  As you will see, neither unfortunate event had anything to do with marriage, but I think they both hold lessons that we should keep in mind in our married lives.

After enjoying a wonderful day of free family activities, we decided to close things out by stopping at a local park to feed the ducks.  We had some old bread and two eager little kids.

Things started off well enough.  As we approached the pond, we had a couple of geese, some white ducks and some gorgeous mallard ducks swimming eagerly in our direction.  And then there was the big swan.

In hindsight, I should have been a bit more cautious about that damn swan.  This thing was big, and it quickly made its way to the front of the breadline, hanging out just on the edge of the water.  We made sure the big bird was well-fed, not that we had much choice as he was aggressively snatching every piece of bread that he could gobble up.

Download This One Powerful Tip to Instantly Deepen Your Commmunication

In the blink of an eye (and seemingly in slow motion), the swan was charging out the water and ran into my 3-year-old daughter.  It knocked her to the ground and hissed in her face like she had just talked bad about its swan-mother.  She was terrified, my wife was freaking out a bit, my 5-year-old son was already running back toward the car, and I was instantly caught up in a primal flight-or-fight response.

I started beating this swan in the head with my bread bag while my pregnant wife was carrying my screaming daughter back up the hill.  It was not amused or intimidated by my actions.  I eventually threw the bag at its big, ugly face and joined my family back at the minivan.

Fortunately, my daughter was fine, although “big ducks” are not on her favorites list at the moment.  And everyone had a great laugh at my expense when I went back to the pond to get the plastic bread bag that I had left behind (I didn’t want the non-evil birds to choke on it).  After a long stare-down and some aggressive posturing by both of us, I eventually emerged (running) with the plastic bag in hand.

Lesson Learned: Always carry a video camera.  I have no doubt that my retrieval would have made me a star on YouTube even without the footage of the initial swan attack/defense.

Marriage Lesson Learned: Pay attention to non-verbal communication.  In hindsight, I should have picked up on the devil-swan’s bad attitude and kept my family away.  Tune in to your spouse’s non-spoken cues and you’ll greatly improve your interactions.  But don’t hit them with bread bags.

If You Support Organized Religion, You Are Ignorant (Apparently)

I usually have nothing but awesome conversations on Twitter, and people are generally very helpful and supportive of each other there.  Well, over the weekend, I had my first really negative experience.

An “A-list” blogger and respected internet business person decided to use his platform of 40,000+ Twitter followers to attack first the Catholic Church and then organized religion in general.  I let his first tweet go by and just gritted my teeth a bit.  But after his second asinine statement, I just had to reply to express my disgust.

He responded to me with more barbs and a heated discussion followed.  I let my temper flare a bit and used some choice words that I now regret (a little).  The end result was that this self-professed social media maven blocked me from his account and deleted all of the tweets from our little discussion.  Apparently, he didn’t want his vitriol thoughts to be seen by the world…

I hope you can tell from this blog, my comment responses and my usual interactions in social media that I usually take the high road.  This guy really got me riled, and I lost my head a bit in the process.  I also doubt I’ll be allowed to guest post on his big blog anytime soon. 🙂

Lesson Learned:  When you peer into a crack on the surface, you may just find that those you respect are not who you thought they were.  Religious beliefs aside, this guy obviously has a massive ego to feel like he has a right and a platform to talk down to his “followers” and blast their beliefs with the idea that he is going to change their religious convictions.  And it seems to me that a true social media mogul wouldn’t need to hide from his statements by blocking users and deleting his messages.

Marriage Lesson Learned:  Don’t get dragged into the mud when a pig wants to wrestle.  I let this guy push my buttons, and I ended up losing my cool and behaving poorly.  As much as he wasn’t going to change my mind, I wasn’t going to change his either so our entire exchange was futile.  In your marriage, remember that the point of conflict resolution (fighting) isn’t to hurt each other or to “win” but to resolve the issue at hand.

A Final Thought on Sadistic Swans and Blogger Bullies

When you pay attention to the interactions you have each day, I’d bet that you can find all kinds of valuable lessons that you can apply to your marriage .  I am a firm believer that we can take what we learn from a bad situation and use it to improve our lives.

Please remember not to get too close to hateful, mean-spirited animals that think they own the place in which they stand.  And watch out for those swans, too.

Photo by by aussiegall