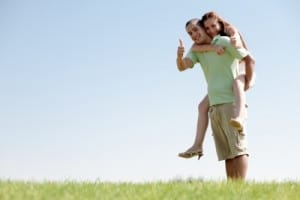 A few years ago, I had the opportunity to attend a conference where Mary Ellen O’Toole, a former criminal investigator and FBI agent from the Behavioral Analysis Unit (BAU), was the keynote speaker.  Yes, fellow Criminal Minds fans, the BAU is a real unit.  Although she was there to speak about criminals and the personalities that often accompany those who would seek to do us harm, she offered an anecdote about marriage that stuck with me.

Essentially, she said that by our early 30’s, the personality was solidly formed.  While there are some who would argue that change is always possible, Mary Ellen shared that in her experience, unless dire circumstances presented themselves, the personality of a person remained consistent from that point onward.

Breaking from her discussion of psychopathy and criminology, she shared that this solidifying of the personality was why when couples complained of how their spouse had “changed” over the years — thus leading them to have an unsatisfied marriage– she was rarely convinced.  Rather than the personality changing, O’Toole suggested that the personality remained consistent (truly for better or for worse) and that it was life stages and contexts around the couple that shifted instead.

Simply put, she warned us that we’d better really LIKE the person we were married to— Because they probably weren’t changing:

The person who showers us with attention while we’re dating, years later may be spoken of as “clingy” when they insist on accompanying us even in the most inane activities.

The person who gives attention to every little detail of the wedding, might years down the road be called “nit-picky” when she insists on organizing the home in a certain manner.

Admiration as a Marriage Preserver

In keeping with the FBI Profiler’s insights as to personality, John M. Gottman (of the world famous Gottman Institute) in his NY Times Bestseller The Seven Principles for Making Marriage Work wrote simply that couples who like and admire each other’s transcendent qualities— such as the aforementioned devotion to family, or attention to detail— will tend to have a happier, longer marriages.

Yes, I do realize this statement is far from earth shattering.

But consider the following:  If the above statement is so mind numbingly simple, then why— WHY— do couples flow through the doors of counselors’ offices across the country insisting they want to save their marriages, but at the same time project such profound contempt for the person they are trying to stay married to?

Please note that I’m not talking about being angry with someone because they hurt your feelings, or feeling betrayed and needing time to heal.  That’s injury.  It’s also (hopefully) temporary.

I’m talking about are hand-wringing levels of disgust, deep-seated resentment, or maybe even pervasive numbness that poison or skew the lens through which one even begins to consider their spouse.

How can love for another thrive in the presence of intolerance and contempt for that same person? As far as I know it can’t.

Recently, I’ve been seeing more couples and families for sessions.  When a patient discharges from the hospital, we like to bring in some significant members of their support networks. Typically, these are parents/guardians or spouses.

Considering the acuity of the work at the facility, this is a time when we frequently see people (patients and family) at their most emotionally vulnerable.  And it can be both inspiring, and heart-shattering to see the reactions of family members to their loved ones— especially spouses.

What I’ve learned is that there are an abundance of married folks walking around who say they love their husbands or their wives, but they don’t particularly like them.

So ask yourself right now— even if there are parts of my marriage that I’m not happy with— in general, do I like my spouse?

Would I like my spouse if I weren’t married to him/her?

I think part of the problem is that we’ve sold ourselves on the idea that love is the ultimate end of human emotion.  And maybe it is.  However, when it comes to marriage and building a relationship that will span decades or even a lifetime— even the ultimate in human emotion— just simply isn’t enough because emotions change.

As one of my Theology professors so eloquently put it, “50-year marriages aren’t built on emotion.”  He went on to say that they were built 25% on emotion and 75% on choice.  Maybe that’s true, but I also see a lot of people choosing to be 75% miserable.

Sometimes, and especially during rough patches in relationships, I think it’s helpful to take a step back and think of your spouse not so much as a spouse or lover, but like anyone else with whom you share time.

There’s a tendency to fall into the trap of thinking of our spouse as “someone who does stuff for me,” and we forget that our spouse is a person.  And while I understand that remembering all the reasons you liked your spouse in the first place during an argument might be really REALLY difficult, I’m going to assume there was something about them that you liked.  And maybe just trying to remember that is enough.

“Somewhere, there is something I liked about this person enough to marry him/her.  I can’t feel it right now.  Heck, I can’t even remember what it IS right now.  And, I know it’s there.  So I’m going to trust that for now.”

The Weirdest Person in the Room

Sound absurd?  I get “accused” (lovingly) of saying “weird stuff” a lot.  One client comes to mind, “Seriously, who walks around saying this stuff… besides you.”

One reason is because I don’t think a whole lot of people have trained their ears, heart, mind and mouth to identify and speak their truth on a regular basis.  And secondly, a mentor friend from when I was teaching once advised me to “be the weirdest person in the room” when working with my students at the beginning of a school year.  She said, “It’ll show them that being unique is safe.  And it’ll really take the pressure off.”

So there it is.  Come up with your own version of this stuff, and you won’t sound nearly as weird as me!  (haha!)  The truth is that Marriage itself, working on your marriage, and especially working through the grit that sometimes leaves us chaffed or chapped from time to time in our marriages doesn’t have to sound smooth, or pretty, or worthy of a Hallmark card. It just needs to be real.

Think about the people that you genuinely enjoy being around who you don’t necessarily love in a romantic way?  Do you appreciate friends who are interesting, funny, charitable, maybe even a little bit of a hot mess from time to time?  Do you have someone that you respect or admire for their professionalism or thoughtful advice?

Who are these people?  Does your husband/wife share any of those likable attributes?

Again, I know this seems simple.  And yet, it’s important.

When we focus too much on simply loving our spouses because they’re our spouses and forget to LIKE them as people, we miss huge opportunities to see them for the dynamic, imperfect, beings that the rest of the world gets to enjoy.

Furthermore, when we can create, safe accepting space for our spouses to be truly their quirky selves, we get to witness a level of authenticity that the outside world can’t even begin to imagine.

What are some of the attributes your spouse/partner possesses that you absolutely admire, value or like about them?

Let me know in the comments— and even more importantly— let your spouse know what you like about them, what you appreciate about them and what you value in them.

4 Marriage Money Mistakes & How to Avoid Them

I wholeheartedly agree, E.J.! I’ve always said my husband is my best friend. I especially enjoy his sense of humor and his easy ability to connect with others.
I have seen so many couples that just don’t seem to like each other very much. They are disrespectful and sometimes disdainful as well. It is so very painful to watch!