Arranged Marriage: A Look from the Inside

Note: This guest post was written by Surabhi Surendra of Womantics.  I know I found this insight on arranged marriages to be fascinating, and I hope you enjoy learning about this cultural practice from a woman who is living it. 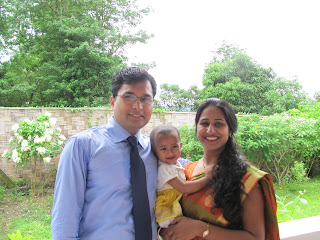 This is how we refer to the practice that led me to my husband  in my home country of India.

Are you familiar with the term?  Whether you are new to the idea or understand how it works, I’d like to tell you more about it from my perspective.

It is an arrangement in which the parents or the close relatives arrange the marriage or, in better words, find a suitable match for their daughter or son.  In earlier times, marriage was solely a right of the parents or guardians and prospects hardly had any say in it, but with changing times and better education, the system has refined itself into a more friendly practice.

Today, prospects can not only voice their preferences, but they can even outright refuse a match if they are not comfortable with it.

My Personal Experience with Arranged Marriage

I will give my own personal experience.

Since my childhood, I somehow never believed in the concept of arranged marriages. Being a hard core romantic movie fan, I always dreamed of a prince charming who would suddenly appear (from no where) and would treat me like his princess. Being an Aries by sun sign added to my languidness of fairy world.

I told this to my parents. My father, an extremely understanding man, explained to me that I was free to get married to a man of my choice provided I complete my studies well and took up a secure job.

I did. At 23, I had an envious job and a likeable personality. Soon, I had the urge of falling in love.

I did.  Sadly, it was a bad choice. I tried it again with another man and failed despondently.

I spent around 4 years looking for my soul mate who was no where to be seen. Along the way, my parents were anyway looking for a match for me. They even introduced me to some of them – but I was not supposed to like them, I was waiting for my prince.

After four years of futile attempts, I became hopeless and started to believe that marital bliss was probably not in my destiny.

And then arranged marriage came to my rescue.

Dad introduced me to him. We talked on the phone and at once we knew we had a connection. We got married in three months, and I feel elated in announcing that today we are happily married and have a pretty daughter.

So what does the system of “arranged marriage” have to do with my story? A lot, I must say.

We all hanker upon the typical stereotypes associated with beauty, success and all materialistic attributes. So much so that we innocuously move away from reality and start chasing the non-existent. Meanwhile, our parents, being the more experienced and reasonable, know the harsh realities of the world and thus keep their expectations at a real level.

In the west, it is mostly an accidental meeting, while in the east the initial meeting is planned. From the first meeting on, the people involved decide how they take it forward. And nowadays this first meeting is often taken care of by the various matrimony websites where singles create their profiles and look for a matching partner.

Why Arranged Marriage is Not a Bad Idea

1)      Picking the best of the lot – the arranged marriage system lets one pick the best prospect. With preferences well chalked out, one can actually choose their partner instead of accidentally meeting their would-be mate.

3)      Seeing the unseen – the biggest advantage of an arranged marriage lies in the fact that through it, we see what we don’t see otherwise. Sometimes in our endeavour to find love, we rush into things and mistakenly consider it as true love.

4)      Marriage is not an individual thing, it is a family affair – at least that’s what we believe in India. Here, marriages are about two families that bond together and not just two individuals. And thus when parents find a match, they take families into consideration and try to find not just a suitable match but also a suitable family.

The decision of getting married is taken with consent of elders and thus even the decision of divorce has to be pondered over by the entire family. Also at the time of courtship, the couple spends lot of time in understanding each other’s family and that simply adds to the foundation of the marriage.

6)      Love lasts longer – in a typical arranged marriage, two people meet, get to know each other, realize that they can spend the rest of their lives with one another and then get married. Once they get into the committed relationship of marriage, they discover each other more and with a sense of commitment, they fall in love.

In the process, they develop the trust, respect and deep love for their each other as well for the relationship. In this case, there is no fear of commitment and thus the love that develops out of it lasts longer.

7)      Parents know better – when I talked to my hubby for the first time on phone, I was not quite impressed initially as he seemed to be a tongue tied person very much in contrast with my extrovert nature. But one thing about him simply struck me – his honesty. He called me and the phone got disconnected. It took him 10 minutes to call back. When I picked up he said, ‘sorry, my phone ran out of talk time. In order to save money, I try to keep minimum talk time on my phone. The lesser the better for me ’.

Had it been any other guy, he would have certainly tried to flaunt his money, but here I was talking to a person who had no qualms whatsoever in accepting his financial constraints, despite the fact that he is an IAS (Indian Administrative Service) officer, the highest civil service in the country.

That very moment, I recollected what my dad had told me about him-  ‘you just can’t refuse him. He is too honest to be refused’. I thought to myself, ‘I am not sure of finding true love but at least I should settle down with a true person’. And that’s when I decided to say yes!  Parents are involved in every step of the relationship, and thus their guidance and experience is always there to show the right direction.

What are your thoughts and/or questions on arranged marriage?

Surabhi Surendra, a blogger and home maker by profession, blogs at womanatics.