The Anticlimax of Marriage, Brought to You by the Media and Your Own SEXpectations, not an SC Johnson Family Company 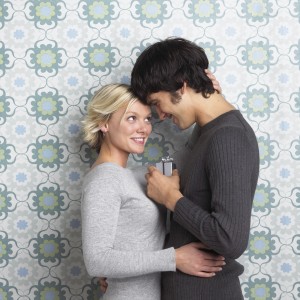 Despite how your family set the stage for your ideas about sex and intimacy in marriage, and despite all the cultural cold water used to rinse away the Disney-fied ideas, I have to say, it didn’t prepare a generation of women and men for the real sex and intimacy of marriage.

It appears the overload of media (online, print, television, radio) injected people with lots of SEXpectations.

Somewhere after the 80s and in the 90s, sex became the endgame for relationships, and sex in marriage (lack of frequency, dulling of passion) became another reason not to tie the knot. This was followed-up by the next media “sex and marriage” gabfest, setting the conversation about marriage as a means to:

The GREATEST SEX OF ALL TIMES! Frequency! Quality! Comfort! OH!

When attention waned regarding quality sex, strange sex of the rich and famous went viral, due in part to the 24/7 media cycle, the gossip blogs, and paparazzi frenzy.

Media outlets started to feature couples’ saucy little deviations from missionary, and moved into…. well… everything! Tricks, whips, and nipple clips. Fetishes.  Even the front page of the sports section  got a dose of sex:

“Baseball Coach Plays Footsies With Woman on His Cell Phone – His Wife!”

The media trawled for it all. Pamela Lee’s sex swing.  Huff’s triplets.

Sex was mainstream, so then things had to be taken to the (imagine monster car rally voice)

Ok, the word play is too easy, but so was all the media hype around sex. It was easy to catch the five second attention span and get the online world to click and share – or just react -so they could get numbers to sell advertisers.

Unfortunately, or rather, obviously, now I have a gaggle of 30 something and 40 something friends who have to have piercings, sexting, and parlor tricks to feel they are somehow sexually adequate in marriage.      ?! what happened ?!

In the last 10 years, I’ve even had co-workers share their use of toys, powders, gels, and what it had to do with ceiling fans in the bedroom.

Ok, so if you are not feeling IT, down there, then you might have nerve desensitization from overuse of those sex toys, gels, and powders.  Overuse!  You broke it!  So I’m told…

But joking aside, all the media selling of sextremes has done some real damage: SEXpectations

Reflecting on what I’ve been told, and what I myself have worked through, I’ve come up with a few important questions that I did not see on my minister’s relationship scoring sheet before getting married.

In the interest of great sex and wonderful intimacy, what are your expectations for you and for your partner? Where did you get them from? How are they working for or against your RELATIONSHIP?

Commonalities in Couples with SEXpectations

Sometimes, girlfriends seemed to want to be Pamela Lee on the sex swing with some rock god serenading her.  And sometimes it was a guyfriend wanting to be Denzel Washington and Vin Diesel rolled-up into one studly attraction.

The couples had sought out and entered committed relationships, but now their sexpectations and insecurities were surfacing.

Another commonality I noticed was that they were NOT wishing those stereotypes on their partners.

It was their partner’s REACTIONS they were seeking.

It was about them. It was their insecurities. When it came to wanting their partners to be different, they didn’t have anything on their list. No complaints about bellies or thighs, hairlines or hairiness. Complaints were about their partner’s lack of reassurances.

Of the couples and individuals I have in mind, when it came to the sex, they wanted their partner to make them feel like a rockstar celebrity sex idol.

This is too much of a burden to put on a partner.

Another commonality were the complaints. Funny how “I don’t feel sexually adequate” can then come across in a relationship as “You don’t spend enough time with me!” or “You don’t clean enough in the house!” or “You like your friends more than me!”

Just fill in the complaint, then hit =, and then put “I’m my own problem.”

If you love your partner, and you want a wonderful relationship with great sex, the best thing to do is establish your own feelings of sexual adequacy and stop looking for it in them.

They can enable or hinder this, but ultimately, your feelings about yourself is about how you think.

You don’t need piercings and feathers, edible gels, or all night rock and roll sessions.

You need to not be obsessed with yourself, IN A HEALTHY SELF-OWNERSHIP WAY, open up, and think of your partner and the sex and intimacy you are creating (or destroying) together.

Oddly enough (sarc!), when you start fixing YOURself, YOU give YOUR partner less work, and they can deal with themselves!

Get away from the media, and concentrate on your lover. See them. Feel them. Touch them. Heart. Body. Soul. Open up and give them the opportunity to experience you completely as well. That is intimacy.

Sex can start with touches passing a cup a coffee, some flirtatious texting, and then the kids sleeping over at grandma’s! But it is ok if your lifestyle doesn’t allow for more. Life is full of responsibilities.

And joy of joys! You can be flabby together. You can droop together. And if this is a committed relationship, you will! But the best sex ever comes from this walless give and take and time together. No batteries required. Stripped bare of media and cultural expectations. Maybe some gelly once you get a little older. It happens kids. I’m told. That is ok too! Our life eXpectancy as well as seXpectancy has changed since colonial times!

Questions to Ask Before Marriage/Commitment

Own your sex-self-image.
Own your problems.
Free your partner from supporting your sexpectations.
Get real about your love life.
Let love and reality rule.

Commonalities of Couples Suffering From SEXpectations

What I’ve come to realize through personal experience and from friends is that the best sex from a relationship is not the Pamela Lee sex swing kind, or the Vin Diesel biceps of love types, it is from those who have gotten over their egos and insecurities enough to be a great couple.

It is nice to be able to be shaved smooth and shower fresh (even for the ladies) but the comfort and level of satisfaction is highest if it isn’t a requirement. The couple that knows they have morning breath, and knows how to breathe away from their partner while they curl their toes, are having the

And guess what, the media was right!

The greatest sex ever is from committed relationships! 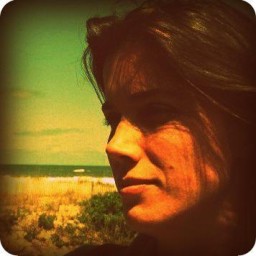 Dawn Van Ness is a married 38-year-old with one child and is managing her own small marketing company, Shy Light Media, and an art and writing career, A Dawn Everyday. She writes for others more than for herself, and is passionate in everything that she does.