Be Consistent with Child Discipline or Be in the Doghouse!

Be Consistent with Child Discipline or Be in the Doghouse! 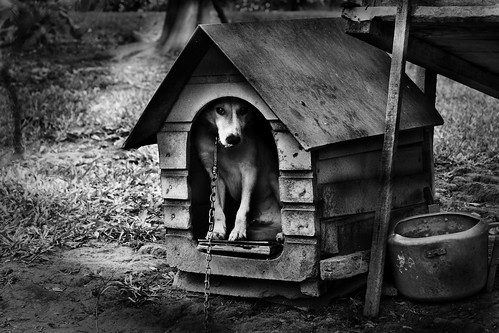 Our family enjoyed a (mostly) relaxing Labor Day weekend spent camping, fishing and visiting with lots of family.  However, due to my own shortcomings, the trip ended on a bit of a sour note that reminded me of the importance of good listening (especially to my dear wife…who will likely read this at some point…did I mention she is beautiful?) and consistency when disciplining our children.

It all started innocently enough.  My son was enjoying some morning fishing time with his Grandpa, and he developed an affinity (okay, maybe borderline obsession) with the plastic “fishy” fishing lures in the tackle box he was supposed to be sitting on.  Don’t worry, these were without hooks so they were mostly safe if you discount their apparent addictive properties.

So, we have a four-year-old boy rapidly “collecting” small plastic fish of a truly alluring variety.  Well, at some point a limit was established and the little guy was mostly okay with his three new pets.  A bit later, he decided he needed just one more fish (or so I thought), a small piece of sparkly gold in his eyes.

While I was enjoying a few moments of semi-peace in a nearby lawn chair, I overheard his (very dear) mother sternly telling the child that no more fish would removed from the tackle box.  No more fish!  I said no more!  If you can’t listen, you’ll just have to be in timeout.  And to timeout he went.  Fair enough, he deserved some discipline and needed to chill out.

And here’s where Daddy gets his dog bone.  My son served his time in the penalty box with honor.  Upon discharge, he approached the forbidden box of tackle.  Ah, don’t worry Mama, Daddy’s got this situation under control.  What we need here is a grand solution, a win-win, a use of superior intellect to fool this child into believing he is getting his way while actually advancing the parental motives.  Brilliant!

In my best Daddy-knows-best voice, I tell the young man that he cannot have any additional fishing lures.  However, he may elect, if he so chooses, to trade in his three fish for the single sparkly fish of his heart’s great desire.  At this point, I can see a real role in world politics and peace-building in my future.  And the young, naive boy took the offer with zest!

The Great Negotiator?  Maybe Not.

A few moments later, I get “the look” as Mama has seen the new sparkly fish.  I can tell this is not a good reaction, but I am puzzled.  I have not added a fish to his collection.  No way, I’ve actually reduced the number of outstanding lures by two.  What could be the problem here?

I was sternly informed that the original argument was over the proposition the young boy had made to make a trade for a different fish.  At first, I think, “Wow, this kid is brilliant…a chip off the old block.”  Then I believe the color began to leave my face as I realized what I had done. 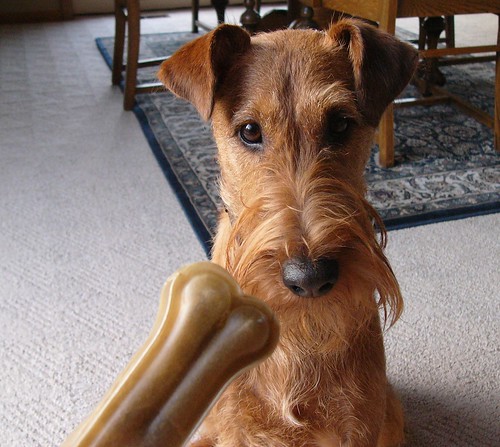 With a single act of not listening fully (and not asking later), I had contradicted my wife’s worthy parental discipline.  I had given our son exactly what he wanted after he had been disciplined for not taking no for an answer earlier.  This was clearly a bad move that served as a poor example of consistent parenting.  Ouch.  Bad Dad, Bad.

So, into the Doghouse of shame I was sent for most of the drive home from the campsite that morning.  And rightfully so, as I had made a fairly serious parenting mistake simply by not listening well.  To my wife’s credit, she threw me a bone and let it go pretty quickly.  Did I mention she is a great wife, smart and witty, gorgeous too…

I am Thankful for Sexuality | Engaged Marriage

[…] see it in our children as well.  Our son is all boy, and our little girl is beautifully feminine.  The roughhouser and the princess.  Mama’s […]

Help! What Are Your Top Parenting Tips? | Engaged Marriage

[…] and the little one that’s about six months from joining the family.  Fortunately, I have a wise and patient wife to help lead me along the right path most of the […]

[…] presents Be Consistent with Child Discipline or Be in the Doghouse! posted at Engaged Marriage, a true story about a bit of miscommunication between the author and his […]

[…] you have your own kids are not, you are probably aware of how direct you have to be when communicating with children.  I am here to tell you that when you really want something to be done correctly and to your exact […]