3 Key Changes I Made to Be a Better Husband, Dad & Businessman...and Why I'm Starting Over

3 Key Changes I Made to Be a Better Husband, Dad & Businessman…and Why I’m Starting Over

NOTE: I originally wrote this post in 2016 after my first experience with The 90-Day Year. Since then, I’ve completed the program two more times and have more than tripled the results discussed below. It works! 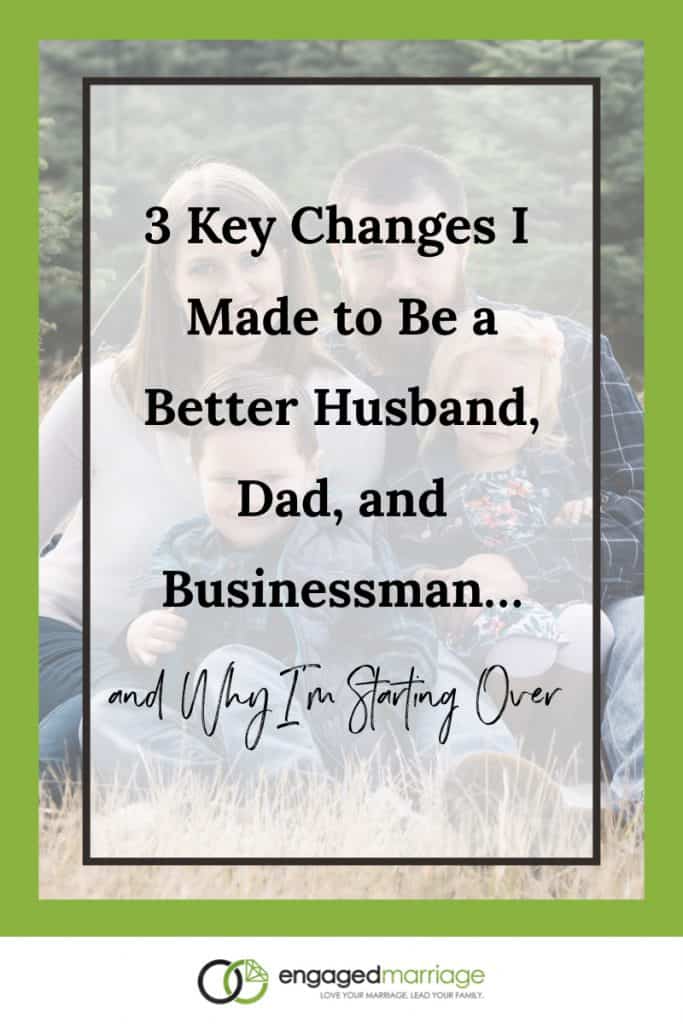 Those are a few of the feelings that described me towards the end of last year.

For a guy who prides himself as “having it all together” and helping others to be more effective leaders, this was really troubling.

I couldn’t concentrate on anything fully, and I felt like I could never catch up with my engineering work, Engaged Marriage, my fitness and (worst of all) my home life.

Can you relate to feeling SO busy that you struggle to enjoy the people and projects that you care the most about?

It was pretty terrible, and I knew that something had to change.

Looking Back (Not Fun)

I took off a few days around Christmas with the hopes that I’d be able to clear my head.

As I reflected back on 2015, there were definitely lots of successes and things to be proud about.

But I knew I fell short in many ways, too.  Not just in business but in my connection to Bethany and our three kids.

Plus, the extra 20 pounds around my waist was feeling especially heavy.

I pulled out my trusty Moleskine journal and took a look at the Big Plans I had for 2015, and the SMART goals I had set early in the year.

I had about a 20% success rate, and I realized that even the best of intentions don’t mean much when you fail to follow-through.

I remember it clearly…while mindlessly scrolling my Facebook feed while waiting for a haircut, an ad caught my eye.

It said something along the lines of “You’re Wasting 80% of Your Potential” – and based on my annual review, that raised an eyebrow.

When I clicked over, I realized I had heard this guy on a podcast with Amy Porterfield recently.  He was all about high performance and breaking free of overwhelm by using smart systems.

My kind of guy.

His name is Todd Herman, and he’s become a mentor to me in 2016 (even though we’ve never met or even personally conversed). 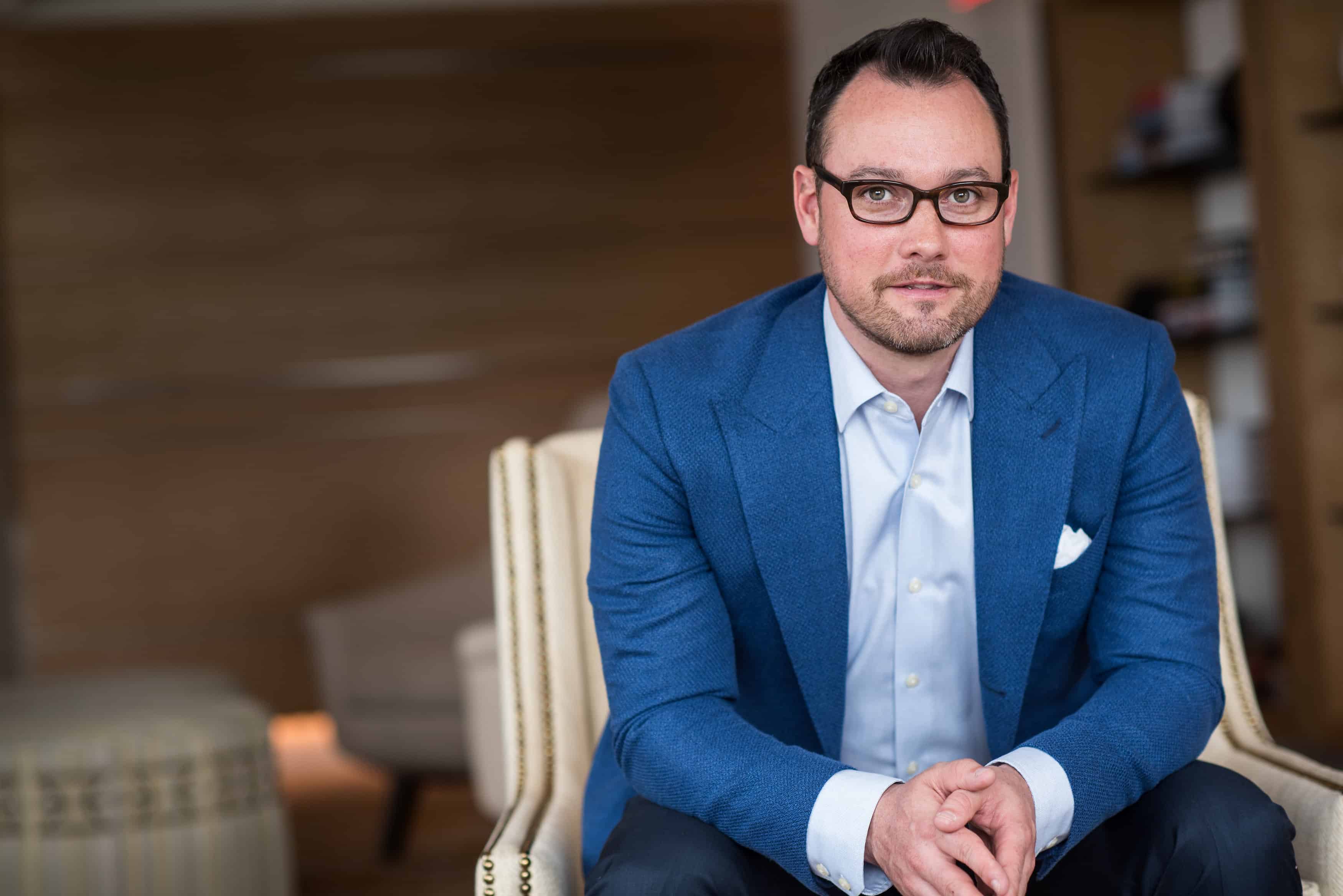 You can learn more about him as part of his free training series, but here’s a quick summary:

Todd’s spent almost 20 years serving as one of the world’s most sought after peak performance coaches… working in the trenches to help over 10,000 Olympic athletes, 9 Fortune 100 Companies, billionaires, and even royal families achieve the epitome of success in their fields.

Todd is also a devoted husband and Dad to two little girls – again, my kind of guy!

I started following Todd and not just learning but APPLYING his advice, and it was a real game changer for me.

There’s a lot I could share, but these three simple things made the biggest difference for me…and our family.

I’m a big fan of goal setting, and I’ve done it all of my adult life (and even as a kid).  But I found that as life got busier and more complicated, my success rate in actually meeting my goals was pretty dismal.

I got away from thinking in terms of “right now” or “this year” and I quit allowing my brain to be fooled into thinking that setting a goal was an achievement in itself.  Instead, I adopted Todd’s achievement system, switched to 90-day goal horizons with 2-week “sprints” and my success soared.

RESULT: I created, launched and delivered our new flagship program at Engaged Marriage in less than two months (total). And it happened while working full-time, expanding the EM team and spending more quality time with my family.

It’s called Total Marriage Makeover and it’s by far the best thing we’ve ever done to help busy couples enjoy the marriage of their dreams.

2. I Quit “Context Switching” ALL the Time

I didn’t have a name for it until Todd gave me one, but Context Switching was an absolute productivity killer for me, and I bet it is for you, too.

Our culture’s love affair with multi-tasking is a complete farce, and I guarantee you will benefit from changing how you work.  I thought I was a productive guy, but giving my to-do list a makeover and knocking out big items using Todd’s “block and tackle” approach was a game changer.

RESULT: Once I switched HOW I work, I found I needed to work less to get more done.  That’s a sweet change, and in my case it allowed me to spend more quality time with Bethany and our kids.

An important distinction – it’s not just about quantity of time either.  Because I felt accomplished in my work, I was far less distracted and could really, truly focus on my family.

3. I Started Focusing on Performance…Not Potential

This is really the overarching change that’s occurred in my approach to business and life.  It’s a mindset issue, but actually putting it into action is much less abstract.

It takes some effort to break old habits, but I found that Todd’s approach was practical and systematic.  So even when I wasn’t sure about the outcome, I learned to trust the steps and the payoff was immense.

RESULT: I’m achieving success like never before.  I literally did more in our business in the first quarter of 2016 than we accomplished in all of 2015 (or any other year).

Then I kept applying what I learned each 90 days, and it’s truly been an amazing year as we’ve launched a membership community, several new programs and created a very successful digital marketing consulting company…all without feeling crazy overwhelmed despite our full schedules…because we just follow the system.

And again, this goes way beyond entrepreneurship.

Family, faith life and friendships have been enhanced so much.

Of course not.  The reality I’ve learned is that each 90 days requires a reset and a fresh plan, but it’s fun and exciting now.

And be sure to download this FREE Blueprint that shows you the success system that I’ve been following: 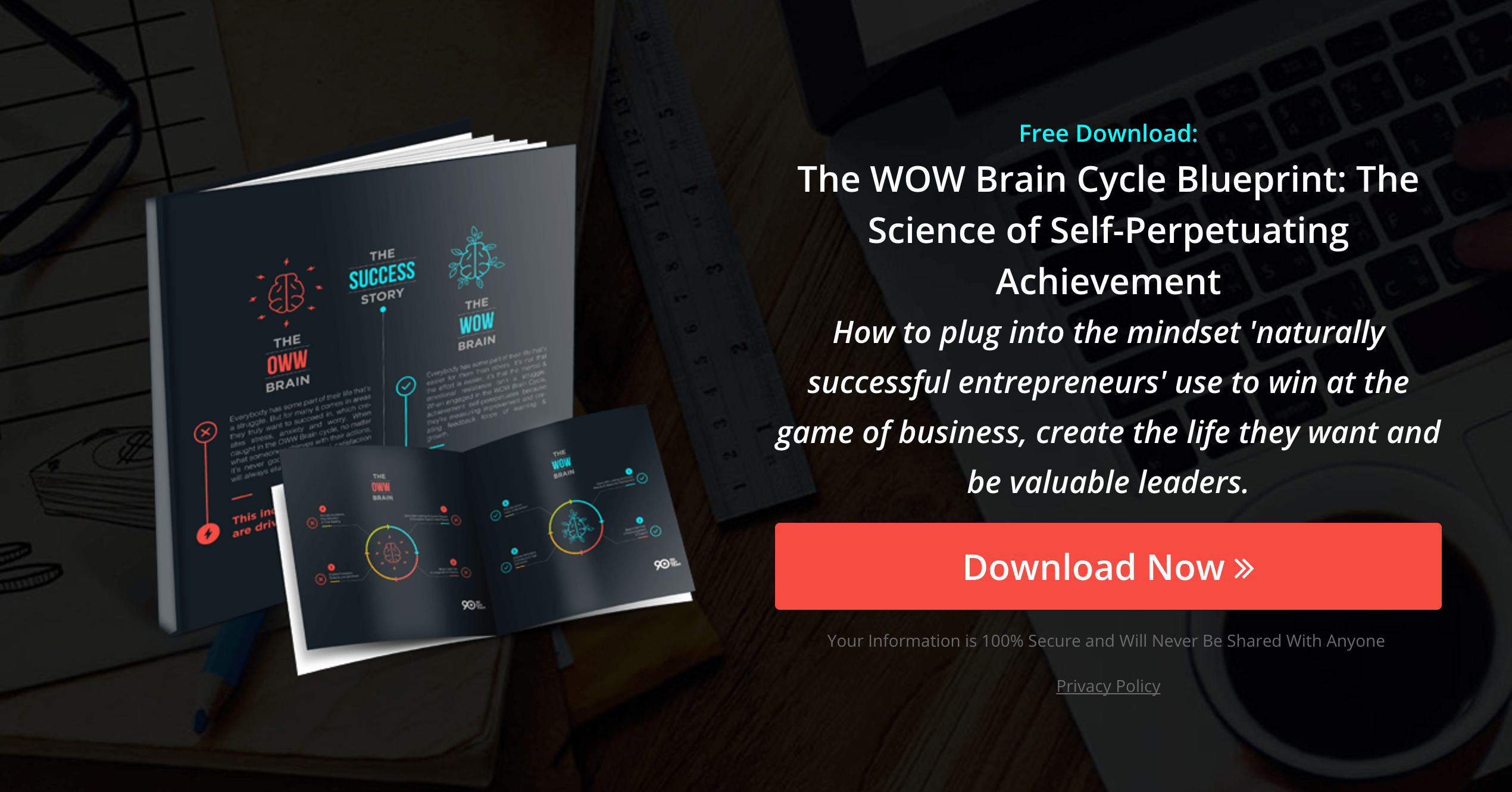 I believe this free training is available until June 12th.

After that, Todd will open up the FULL 90-Day Year program.  This is the same program I followed to get such great results, and it only opens for enrollment every six months.

To encourage you to take action and to ensure you get the best results possible, I’ve put together a 90-Day Year Bonus package to supplement Todd’s training.

And you can get it for no additional cost!  Just click the link below to get all of the details:

I’m excited to hear about your results with the 90-Day Year so you can enjoy a better, more engaged life!

How to Say Good-bye to Limiting Financial Beliefs