How I Fought To Save My Marriage and Won 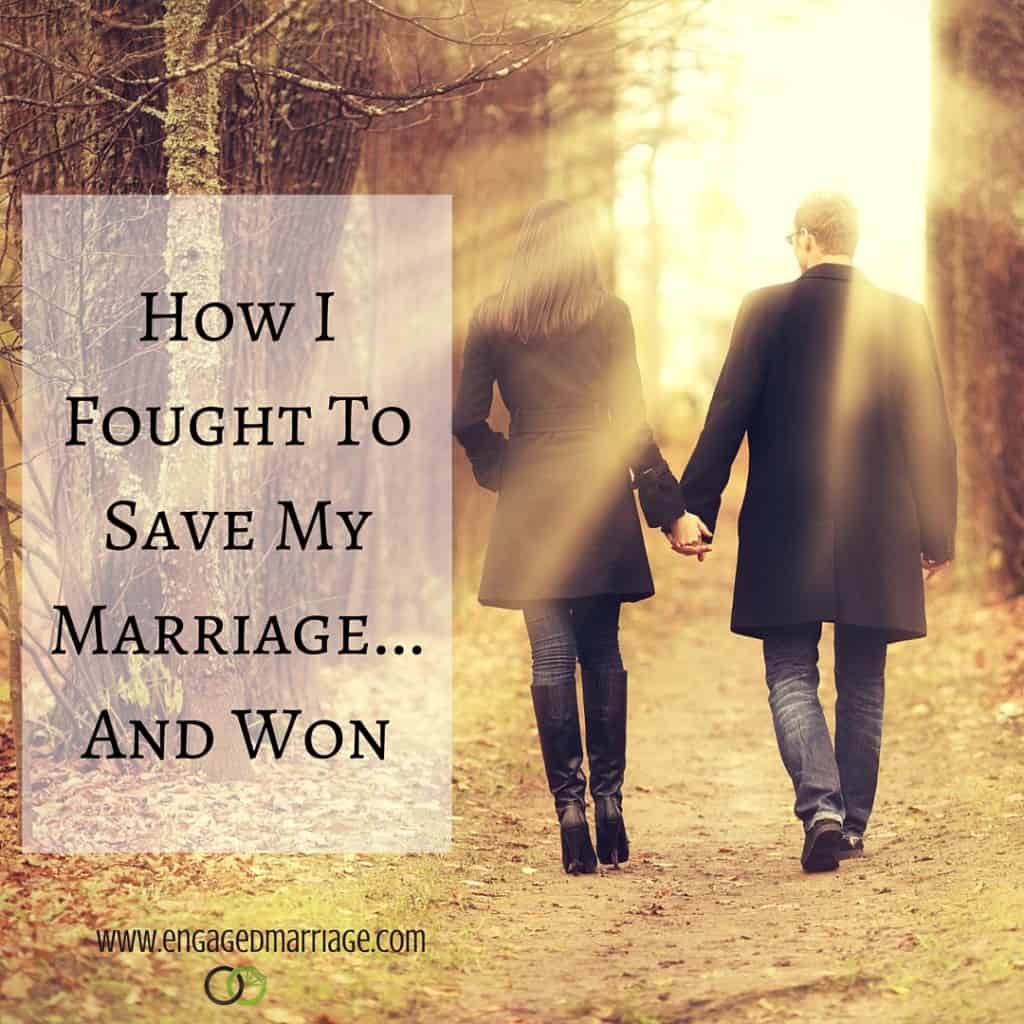 If you and your husband decide to a trial separation, just be prepared for comments from others.

Most of all, they will not know the right things to say.

They will think of only two no-no words: marriage problems.

Not that it’s any of their business.

You’re simply telling them so they won’t have to hear it from someone else, or figure it out, or for there to be an awkward situation later.

If you do have a separation, just make sure to coach the people you tell; you can tell them it’s temporary, and that you still love each other.

Separating to Save Your Marriage?

You don’t know where it will lead, but you do know it’s right for you and your relationship.

Because what you’re really doing is giving each other space so you can come together in a new and better way.

You’re not giving up, but instead giving each other a chance.

No matter how it appears to other people, don’t let that deter you from the ultimate goal—saving your marriage.

When Being Apart Helps You Come Together

Annie and her husband agreed to a separation.

It was mostly his idea, and a time for him to really explore who he was and get through some personal issues. Sometimes, as Annie learned, separation isn’t 100% because you don’t want to be married, but rather that you need to relearn how to be yourself.

So that’s what they did.

With big things looming on the horizons—financial issues, the possibility of having children—for them the break was worthwhile. They could think.

It was lonely at times, and confusing at times. That is to be expected. But Annie said being apart made them come together.

One thing they did right: they kept dating.

They’d eat out together and talk. And this is when they would blurt it all out.

They laid it all out on the table, so to speak. Those sorts of things are always hard to hear, but sometimes very necessary in order to get unstuck.

They had been stuck, but now they had the beginnings of saving the marriage.

When Marriage Separation Should Be An Option

It doesn’t matter how long you’ve been together or how strong your marriage was in the past, all marriages go through ups and downs. If your marriage is in a continual down, then maybe marriage separation could be the option that helps you get past it.

It worked for Annie and her husband. They went to couples therapy, and they each spent alone time in therapy.

Having a third party experienced in this sort of thing really helps to reassure and propel each spouse into realizing that things like this happen. No, you’re not the only one who feels this way. And it doesn’t have to end for you to be happy.

Annie was scared that her husband did or would have an affair, since he knew there was a woman he worked with who really got along well with him, and was everything she wasn’t.

But he was willing to work on things. He was trying and not hiding anything. So she let those thoughts go.

Sometimes, however, when they met to talk he would change his story. He’d talk about how he loved her and wanted to get back together; other times he’d say that they weren’t meant to be and it was time to break things off for good.

Really, deep inside he was hurting and confused himself. What he needed to know was how much she wanted it, too.

So Annie did what any woman in love would do—she fought for her marriage…. and won.

They started to cuddle, hold hands, and be intimate more. It was less mechanic and more loving.

They started being less selfish by focusing on themselves, and putting more stock into the other person instead. It worked wonders.

By doing that, they unconditionally loved each other, faults and all, and expected less of each other. In the same breath, they each worked harder on what they could control—themselves.

The only thing that couples who separate truly regret is not trying harder to save the marriage sooner.

It seems as if marriage is just there, and it should sustain itself. But that’s not true.

It takes constant effort of nurturing love. Both parties must focus on what is truly important—each other.

Finally, Annie’s husband moved back in. It wasn’t easy, but things were definitely better. They kept going to couples therapy, and now they appreciated each other more. They realized what they could have lost, but were willing to fight for.

In this case, it was worth the fight for both of them. Because in the end, they won each other.

Sylvia Smith is a relationship expert with years of experience in training and helping couples in therapy. Her mission is to provide inspiration, support and empowerment to everyone on their journey to a great marriage. She is currently associated with Marriage.com, a reliable resource assisting millions of couples to resolve their marital issues. She holds a Master’s Degree in Arts (Clinical Psychology with an Emphasis in Marriage and Family Therapy).