Why Gender Roles In A Relationship Are Not Set In Stone 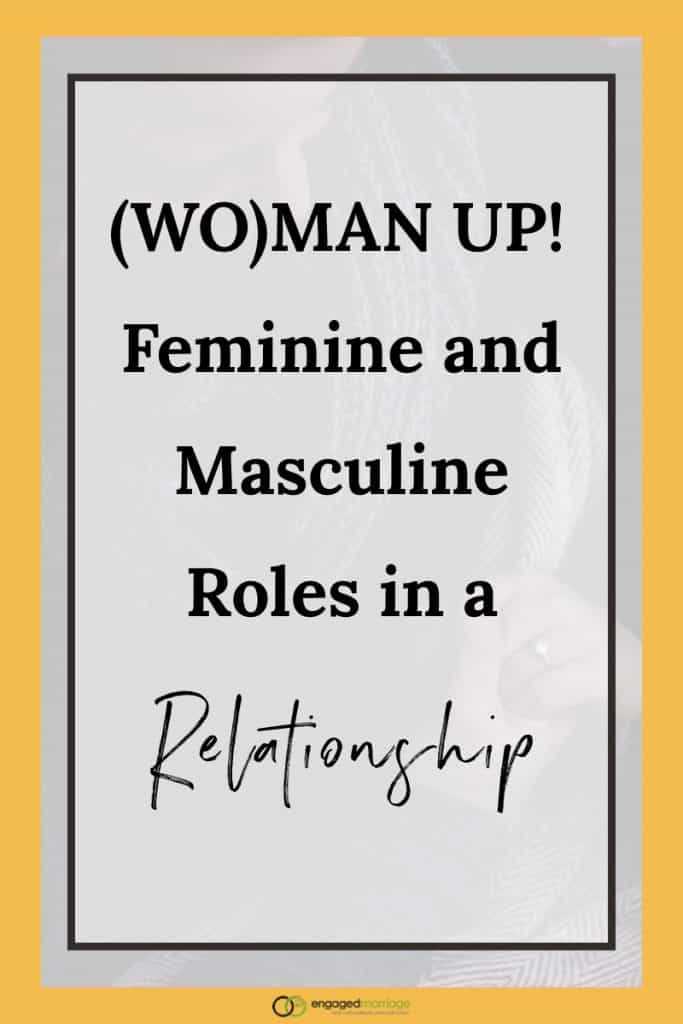 Editor’s Note – This is a guest post on the nature of gender roles in a relationship from Shaheera at The Vantage Journey.  As someone who has studied sexuality, I see a lot of truth in these discussions about masculinity and femininity.  However, I’m guessing there are some diverging opinions, so be sure to share in the comments!

Since the beginning of time, relationships have been seen to consist of two properties, Feminine and Masculine.

What Are Gender Roles In A Relationship?

It’s hard to pinpoint just exactly what each role entails but generally, when we look at history and the effects of hormones (Estrogen linked to Feminine and Testosterone linked to Masculine), it’s quite easy to detect.

Masculine roles are usually strong, aggressive and more logical or analytical. Feminine roles, on the other hand, are generally more sensitive, nurturing and intuitive.

Sure, there are relationships that can survive with only one gender role present. However, they might not last long and could be interspersed with a lot of emotionally charged events. Though some might think of this as a good thing, in the long run, it might prove to be too mentally and emotionally exhausting.

Healthy relationships do not suck the life out of you. They help you grow and be better, not burn you out every time you’re with your partner.

Just think about it. If an argument broke out between a couple and both of them were to be aggressive, would you think things would settle down fast? It takes one person to be calm and passive (at least until things calm down) in order for the situation to unfurl itself and become less tense. Only then can they take the time to solve their problems maturely.

‘Gender roles’ are also not restricted to the gender itself.

We don’t strictly define women as being feminine or men as being masculine. We have seen many wonderful men playing feminine roles in a relationship, whether they’re straight or gay. Which leads us to another point, two people in a same-sex relationship could still be fulfilling both gender roles without necessarily realizing it. After all, you don’t need to be a man to be dominant or aggressive, right?

Therefore, we’re not going to emphasize the genders themselves. What we want to focus on are the roles and how much we need both sides of the coin in order to make a relationship work.

It doesn’t matter which gender plays which role, because people and relationships are diverse, as long as both roles are present in a relationship at the same time.

Opposites Attract: How Different Roles In Relationships Interact With Each Other

When there are two people living in close quarters and sharing everything with each other, there’s bound to be some misunderstandings and quips along the way. There are absolutely NO couples out there who have never once fought or argued with each other. Therefore, it’s safe to say that arguments are a part of relationships, whether we like them or not.

Once the situation has been resolved, the couple would have to reevaluate what caused the dispute in the first place. When both gender roles are present, problems can be tackled from many different directions due to the variety of traits present in the couple. There’s logic and intuition, sensitivity and tact. This way, there will more than one option to solve the problem.

Understanding your partner and how each gender role works will help you prevent arguments from happening in the future. You already know which traits you possess that can balance out your partner’s, so use it to your advantage.

2. It Helps To Spice Things Up

Besides dealing with arguments, a relationship strives on the passion and love between both individuals. Having two different gender roles present will allow things to be unpredictable occasionally.

If both people behave the same way, sparks will slowly start to fizzle out because they know what the other person has to say or will do before it even happens. It’s kind of like dating yourself, which of course will bore you eventually, or else we’d all still be single now. Opposite traits will definitely spice things up and ignite that passion.

Opposite gender roles will also make the couple a great team. Each person will bring a different perspective to the table and the combination of these outlooks will make them formidable. Couple this with their ability to resolve, solve and prevent arguments, and they will definitely be a force to be reckoned with.

Besides that, in times of need, opposite gender roles will be there to balance each other out. If one of them has their logic stump them in dire conditions, the other might rely on their intuition to help find a solution.

Gender roles are meant to be fluid in a relationship. They should be able to evolve throughout the relationship and they may switch between both parties at any given time. The key here is tolerance and a mutual desire to sustain and work for the relationship.

In order to make full use of the fluidity of gender roles, we have to be very observant with the changes in our partner. It’s important to note when they might change their behavior, what behavior they are exhibiting and how long this phase usually lasts.

So perhaps instead of being insensitive, we could use our logic and lai- back attitude. It takes a little digging around and experimenting to find out what really works with our partner so it’s best to put in more effort for it.

Once we’ve deciphered what traits need to be present to balance things out, we have to be quick to act, especially if we know that this change in behavior is going to cause rifts in the relationship. We have to instantly switch our roles if we want to make the relationship work, at least for the time being.

If switching gender roles is going to be a long term thing and one party is not comfortable with it, then the couple has to discuss what they can do and where they can take turns to hold different roles. It will be very tiring to hold a gender role you’re not used to having for long periods of time. Therefore, it’s best to work out what makes both of you comfortable and perhaps decide when you’re able to switch roles.

Let’s try a little experiment and make a list of what qualities we and our partners possess. From there, segregate them into masculine and feminine roles.

Chances are both people might have both gender roles present, although one might be more prevalent than the other. Then, try to figure out how we can complement each other with traits from opposite gender roles when a situation arises. Practice it when you can and have fun! 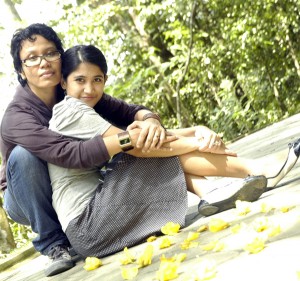 Shaheera is one half of the team behind The Vantage Journey. She’s the blog’s co-writer and Tariq’s personal cheerleader.

They’re striving to create a better version of themselves and wish to share their journey with their readers through their blog, The Vantage Journey. They’re not experts but they have enough challenges thrown at them to allow for psychological experiments and self help exercises. They hope that their experience can help other people cope and improve their lives, too.

They plan on taking their passion to the next level in the future, with books and a coaching program in the pipeline, which will include various disciplines from relationships to health. Find out more about them here: