Supporting Your Spouse's Interests (Even the Ones that Bug You)

Supporting Your Spouse’s Interests (Even the Ones that Bug You) 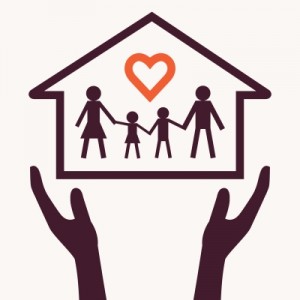 Do you consider yourself a supportive spouse to your husband or wife’s interests and aspirations? Do you value and support activities that are meaningful to them?

I think in general, people like to consider themselves supportive of their loved ones. I have found— and truly this is just plain old common sense— that people are much more apt to enthusiastically support their partner’s hobbies and interests if they themselves can find personal value in the pursuit as well.

When we talk about attraction and the things that bring people together in the first place, shared values and common interests rank pretty darn high on the list of positive attraction factors. Even in cases where couples seem to be the perfect examples of the old phrase “opposites attract,” a brief interview will more than likely reveal that those seemingly “opposite” individuals recognize value in the traits of their loved one.

Not too long ago, I read a great article on Psychology Today that described this very phenomenon with a good amount of depth. This article spoke to me particularly because so many people who know Greg and I marvel at the fact that two people with such seemingly different personalities could stand to live under one roof. And yet, here we are! He’s the macro to my micro. I’m the early bird to his night owl.

The truth is that while outward appearances and modus operandi might vary greatly, in many ways— our values align quite well. For example, my husband I both value fitness and physical health a great deal, so the time he spends apart from me while training (and vice versa) are not (generally) points of contention. Sometimes we’ll even train together. And thank God for that! Sharing a life with someone who values the things that you do eliminates a lot of potential headaches.

But there are those things…

Those interests, those quirks, those “Hey-doesn’t this look fun?” moments that can leave a person looking (and feeling) ashen or disgusted at the mere thought. Greg and I recently encountered one of those moments. And while it might sound silly to you— I promise that it was something I had to personally struggle with.

He likes bugs. A lot.

Yup. Greg has an unbelievable (and as far as I’m concerned— incomprehensible) fascination with entomology. For those of you who might not know, entomology is the study of insects. Ick. I don’t get it. I really don’t. And truthfully, I don’t really want to understand it. I want no part in it. And just to help you understand his level of interest— it’s pretty much proportional to my level of disgust.

So assuming I’m not the only one who has raised an eyebrow, felt entirely befuddled (or managed a full grossed-out seizure) at their spouses interests— I thought I would share some of my process that has allowed me to come to find some piece, and strengthen my respect for the man I am lucky enough to call my husband (weird, gross, oh-my-gosh-what-is-that-in-my-freezer interests included).

While I don’t expect a multitude of martial issues revolve around insects, I think teaching yourself how to logically explore a problem before confronting your spouse is a universally valuable lesson.

EJ’s Process for DeBugging the Process of Supporting Your Spouse

1) Gain some perspective: By this I mean, I had to ask myself, “Outside of your personal preferences is the matter at hand something with objectively negative implications? Is it illegal or putting our family at serious risk?”

Okay, so he likes bugs and is studying them… and is currently putting together a collection of local specimens, that sometimes occupy my freezer and the desk in our home office. But no— I don’t think he’s doing anything illegal or putting our family at risk. He’s not taking career tips from Walter White by cooking meth, or you know— planning to knock off a bank. If any of those were true, we’d be having a different conversation.

So if “the thing” in question isn’t inherently bad or evil, and it bothers you, there must be something behind it. Don’t be afraid to dig or look for the why. And don’t judge your why either. It is what it is.

For me—this part took the longest.

After some careful thought, I figured out that for me — bugs are “dirty”. Even dead ones. My mother kept an immaculate home. The standard was set high.

The other part of the issue was that my fear coupled with the delicate work of this particular hobby created a lot of separation from each other.  As silly as it sounds, I felt slightly 2nd tier to a bunch of bugs! Not cool! Interesting to note that I never felt this way when he started up 2 different martial arts classes that take up WAY more time. See what happens when you value something as opposed to not?

Is there a way we can make this work? Compromise, in case you haven’t heard is a huge part of creating a healthy marriage. And in this particular case, since the issue largely existed between my two ears— the solutions were relatively simple.

4) Approach your spouse and consider trying the following formula.

For us, we were able to reach a meaningful compromise. The bugs now reside in a designated area of the house that I don’t typically use. (The home office is dead to me.) Out of sight, out of mind. At some point, I plan to overcome my ‘issue’ so that I can appreciate the work he’s currently doing— but for now— this will have to do.  On his end, Greg has agreed to be a little more mindful of our home time together.

Sound Off
Does your spouse have any interests or hobbies that take up a decent amount of time that you just can’t understand? How have you worked through this?

[…] STD – Treatment for Genital Warts and Herpes CureOne size doesn’t fit all…Supporting Your Spouse's Interests (Even the Ones that Bug You)body { background: […]